Do the Unaffiliated Need a Voice? Those of us involved in Tri-Faith Initiative generally do not fear disagreement — we are happy to disagree about names for God, stories, prophets, and books. What we fear is discussing direct challenges to the traditions and beliefs we hold dear. We fear the damage that might be caused to our respective faiths — and that we might actually agree with these critiques, which would require us to either evolve or live with doubts and unease about what we believe. This is a deeply harmful approach — to avoid challenges because they are difficult. Many of these critiques come from the pews or the religiously unaffiliated. The religiously unaffiliated have opinions and critiques that are beautiful, harsh, and/or important for religious people to consider. Not only is their presence important, but they are a growing portion of the population — especially among young people. PRRI’s American Religious Landscape Survey shows 38 percent of people under age 30 are unaffiliated, and 24 percent of the general American population at large are unaffiliated. This number does include atheists and agnostics, but they, too, are often left out of the conversation.

All of this brings up a question:

Is it important that those who are religiously unaffiliated have a voice in Tri-Faith Initiative?

Committing to identity is an integral part of the interfaith movement. Without exception, those who attend interfaith gatherings will hear the following pattern of speech: “As a (Jew, Christian, Muslim, etc.) I believe… or “(Jews, Christians, Muslims) believe…” But what does this mean for those who do not identify with a specific tradition? What does this look like to people who do identify with the tradition but disagree with how it is represented?

To speak for myself, I love religion. I love vicariously experiencing religion through community with others. I have strong, sincerely held beliefs about the sacred and the profane. I have spent many hours with various Christian denominations, Baha’is, Muslims, Jews, Agnostics, Atheists, Sikhs, and Pagans. I have studied religion for years, and I have found all religions meaningful and beautiful. But beyond all my love for religion, I still cannot call myself religious, nor do I feel like I can identify with a community with full honesty. “None” or “unaffiliated” are the best labels available to me.

Identifying as “none” or “unaffiliated” within the patchwork of religious identities can mean many things, but for me, two primary concepts can describe why I am unaffiliated.

I do not identify with anything in particular because I deeply respect religious affiliation. When someone identifies with a specific tradition, they embrace many of the beliefs, practices, and community in question. Christians, for example, may not agree on everything, but the vast majority view Jesus as the Messiah, believe in Original Sin, and have faith in atonement for sins through the Crucifixion. Someone who does not identify as Christian could believe none of this and still find the Bible and Jesus profoundly influential on their lives by interpreting the words and traditions differently.

These critiques and challenges over deeply held traditions and beliefs should not be avoided. Providing room to sit in doubt and being challenged in our notions also invites deeper conversations with those who do have a religious affiliation. Doubt, grief, institutional frustration, and changing beliefs do not have to be “problems” to be solved. They are natural parts of the human experience, and religious institutions must have room for people to change. Rather than reacting to criticism from the pews with pleas for faith in God and tradition, what would happen if religious leaders could sit with critics, listening to the messages that they are given? As an organization that promotes empathy and understanding, Tri-Faith Initiative affiliates should listen actively to these critiques as opportunities for growth, not as a competition to be won.

The reason why the unaffiliated are not invited to the interfaith table is that their beliefs, practices, and critiques are difficult to deal with, as it requires those whose faith is certain to face the challenge of alternative — sometimes opposing — viewpoints of religious beliefs, traditions, and communities. By having some religious and spiritual conversations that center the individual rather than religious identities as the source of all beliefs and practices, Tri-Faith reaches a broader audience and deepens relationships of all who show up to participate on the Tri-Faith Commons. 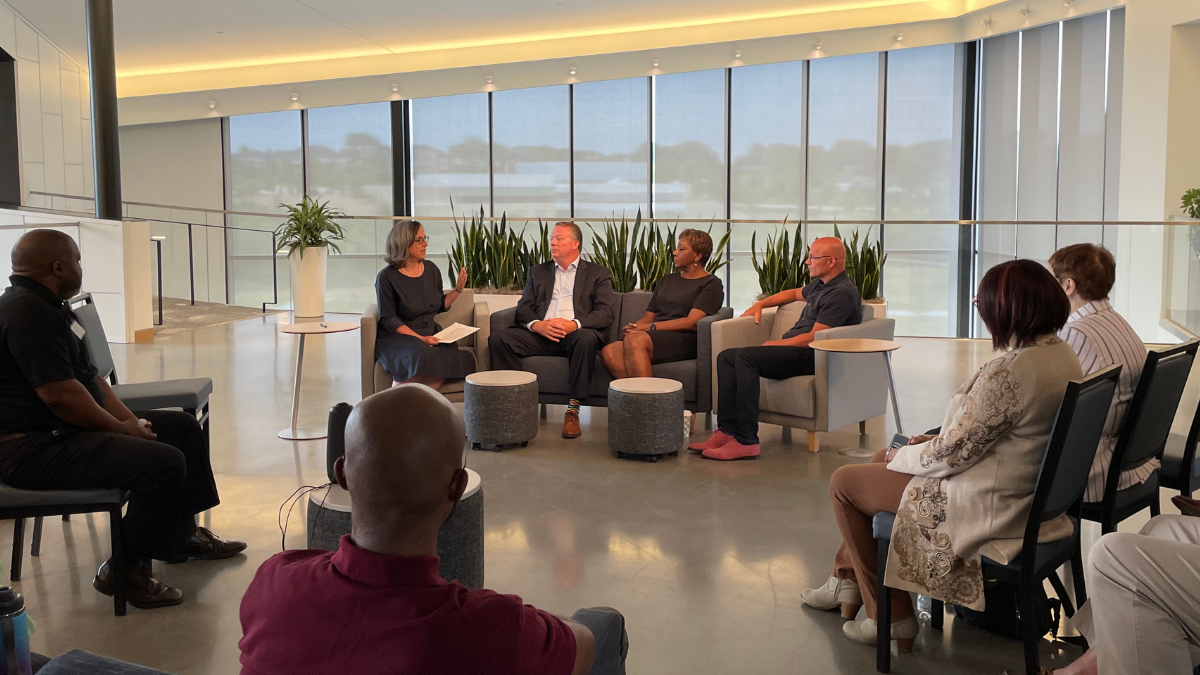