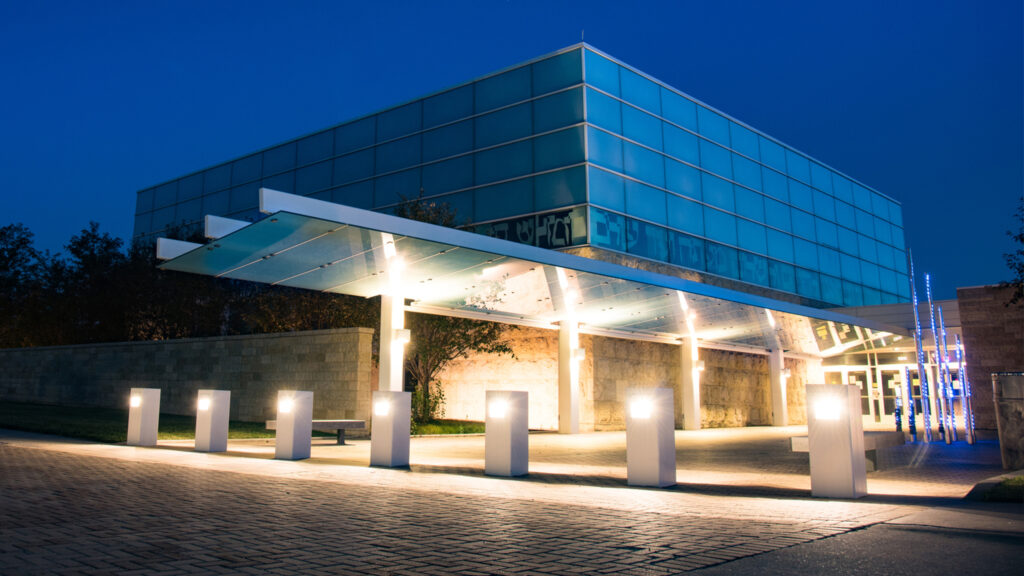 The Tri-Faith Initiative started with a conversation—and a somewhat mundane conversation at that. Temple Israel had outgrown their location and needed to rebuild. They hoped to find good neighbors like those they had enjoyed at their space on Cass Street.

A Conversation Between Friends

A conversation began between the leaders of Temple Israel and leaders of Omaha’s Muslim community about shared land and parking needs. This informal conversation quickly turned into something much deeper. The two groups started talking about their shared values and commitment to interfaith work; they expressed their mutual desire to foster hope for their children and for future generations; they recognized themselves as two Abrahamic faith groups. The conversations gave birth to an unlikely dream: wouldn’t it be remarkable if three Abrahamic faiths could partner to build three houses of worship on adjacent properties? They began looking for a Christian church that might also share this dream.

Many interfaith projects start with a long “getting to know you” period that focuses on what the faith groups have in common. But the Omaha group did things differently than the norm; they came together to build a tangible project and they talked about their greatest fears right away. Everyone had tough questions and concerns. How would they keep their unique faith identities? Who would own and control the buildings? And perhaps, the greatest fear—that members of one faith group would try to convert members of the other groups. As they worked out their questions, the delegates developed a Memorandum of Understanding that stands as the framework for collaboration today. More importantly, the honest conversations led to a deep sense of trust and respect among the delegates. Real relationships were growing, and that had become the most important thing.

In 2006, the Tri-Faith Initiative incorporated as a 501(c)(3) and its Board of Directors started looking for land parcels that could accommodate the three houses of worship—and a fourth building that would be a shared Tri-Faith Center. After a five-year search, a piece of land was purchased in 2011. Purchasing land was a major milestone, but everyone knew it was just the beginning; this project will be long work.

In 2013, after carrying the torch for eight years, the Episcopal Diocese of Nebraska approached Countryside Community Church United Church of Christ and asked the congregation to become the Christian partner of the Tri-Faith Initiative.

On April 12, 2015, Countryside Community Church (UCC) voted to become the leading Christian partner. The vote acknowledged the first stage of leadership transition between the Episcopal Diocese of Nebraska and Countryside Community Church. While the Diocese will no longer be the leading Christian partner, it remains strongly committed to the Initiative—and to the relationships within it.

In August of 2013, Temple Israel completed construction on their new synagogue, and with it, the first of four buildings on the Tri-Faith Commons was built. The synagogue was dedicated October of 2013 and more than 700 families worship there today.

On October 17, 2020, Tri-Faith Initiative, Temple Israel, Countryside Community Church, and the American Muslim Institute celebrated the opening of the Tri-Faith Center as a beacon of hope and safe haven for dialogue and friendship-building.